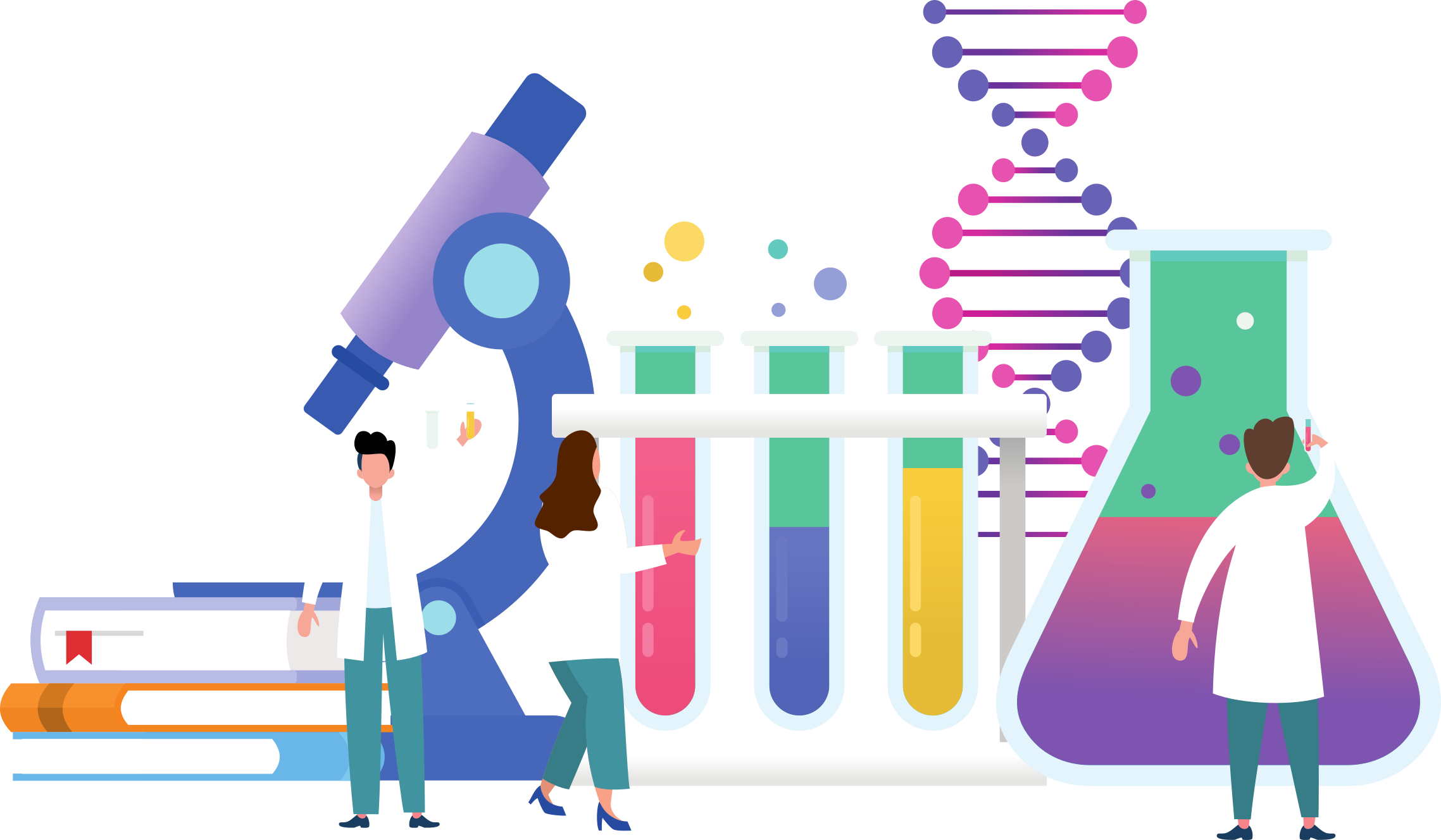 Everyone metabolizes medication differently. We can all take the same dose of the same drug, but some of us will experience severe side effects, while others will have no benefit at all. And some may experience both side effects and benefits. The reason for these different drug responses is our individual genetic makeup.

Pharmacogenomics explains how our individual and unique genetic make-up influence the way we respond to medication.  The science can explain which medication would be most effective and help to identify the right drug and right dose based on individual’s genetic profile.

After a drug’s absorbed, it travels to different tissues and organs, a process called distribution. The next step is for the body to metabolize the drug. Metabolism changes the chemical structure of a drug, producing a metabolite.

The main site of drug metabolism is the liver which houses various metabolic enzymes, including a group called the cytochrome P450 (CYP450) enzymes. These are responsible for the metabolism of many drugs. Besides the liver, other tissues, such as the gut may contribute to drug metabolism.

Drugs and their metabolites are eventually excreted from the body mainly by the kidneys' production of urine. The liver eliminates some drugs through bile. Excretion can also occur via breast milk, sweat and saliva.

The actions of drug absorption, distribution, metabolism and excretion describe how our bodies deal with the medications we take. The quantitative analysis of these actions is part of pharmacokinetics (PK).

Most medicines work because they reach a specific target on the surface of or within cells. The binding of a drug to its target alters the activity of the target leading to a response known as pharmacodynamics (PD).

Some drug targets include:

As an example, when the body is injured, cells release molecules called prostaglandins which mediate pain and inflammation responses. Acetylsalicylic acid and other nonsteroidal anti-inflammatory drugs (NSAIDs) work by blocking the enzyme cyclooxygenase that produces prostaglandins. These pain relievers target and inhibit an enzyme, decreasing the number of prostaglandins in the cells and reducing the sensation of pain.

There are genes that code (produce) the proteins involved in the above processes. Variants (different forms) of these genes can affect both how the body deals with the drug and how the drug affects the body. Depending on what forms of these genes a person has, they may respond to a drug differently compared to someone else.

The role of drug-metabolizing enzymes is to protect the body from potentially harmful compounds. Drug metabolism mainly occurs in the liver.

A person’s ability to metabolize a drug is often affected by the gene variants they have for particular enzymes. Human beings fall into multiple phenotype categories based on the variations of genes which largely determine the metabolism (activity levels of liver enzymes). These include poor, intermediate , extensive (normal), and ultra-rapid metabolizers. Someone who is a poor metabolizer has reduced or absent enzyme activity, while someone who is an ultra-rapid metabolizer has high enzyme activity.

For example, the cytochrome P450 group of enzymes metabolizes numerous drugs. One enzyme in particular, CYP2D6, is responsible for the metabolism of approximately 25% of all drugs. One of these drugs is the painkiller codeine, which CYP2D6 metabolizes to its active form, morphine. People who are poor metabolizers of CYP2D6 have either a poor response to codeine with little conversion of drug to morphine and little pain relief, or they have no response. On the other hand, people who are CYP2D6 ultra-rapid metabolizers convert codeine to morphine quickly and may experience overdose symptoms.

Drug transporters are expressed throughout the body and assist in the movement of drugs into or out of cells. Variation in genes that encode (produce) transporters can impact drug response.

For example, the SLCO1B1 gene encodes a transporter involved in the uptake of certain drugs and compounds into the liver. Genetic variation in SLCO1B1, in addition to other factors, influences the risk of side effects associated with simvastatin, a drug taken to control high cholesterol. A common side effect of simvastatin is muscle toxicity, including muscle pain, degradation, and in some cases, severe muscle damage that can lead to kidney damage. Some people have variation in SLCO1B1 that is likely associated with a reduced rate of simvastatin uptake into the liver, potentially leading to increased levels of the drug in the bloodstream. These people may be at increased risk of muscle toxicity when taking simvastatin and may benefit from either a lower dose or a different drug.

To have their intended effect, drugs must physically attach to their target site. The binding between a drug and its target site leads to changes in the target molecule, which lead to cellular and eventual effects in the body.

Variation in genes that encode drug targets can alter a drug’s effect. Warfarin is an anticoagulant used to prevent blood clots. Its target is an enzyme (hepatic vitamin K epoxide reductase) that activates vitamin K which is required for blood clotting. Warfarin acts by inhibiting the hepatic vitamin K epoxide reductase, which prevents the activation of vitamin K and therefore inhibits blood clotting. Variants in the gene (VKORC1) that codes for the enzyme likely contribute to differences in responses to warfarin. One variant leads to reduced expression of the enzyme and is associated with warfarin sensitivity. People with this variant may need a lower dose of the drug to avoid side effects.  Another variant leads to increased expression of the enzyme and is associated with being non-responsive to warfarin. People with this variant may require a higher dose of the drug to reduce their symptoms.

There are many examples of how variations in genes impact the activity of various drugs.

All three patients in the following examples initially received the same medication at the same dose, but all had very different responses. Both Frank and Susan are at risk of having a stroke and are taking the same medication to guard against it. While the medication has excellent results for Frank, Susan is still at risk because lab results show her blood still clots too quickly. She is monitored by her doctor and her dose is adjusted until she is out of danger. Susan’s friend Peter is also taking the same medication. While Peter doesn’t have a stroke, he starts to experience bleeding as a side effect and is hospitalized until he recovers.

A pharmacogenomic test can precisely identify the most effective drugs for patients using their unique genetic profile and reduce a trial and error process. This is a personalized approach to prescribing to optimize drug therapies rather than a one-size-fits-all strategy.

A pharmacogenomic test must test for a maximum number of pharmacokinetic and pharmacodynamic genes recognized by various scientific platforms, e.g., PharmGkb, CPIC, FDA, etcetera, with levels of evidence to recommend medication efficacy, especially for mental illness.

The Rx Report™ pharmacogenomic tests offered by Personalized Prescribing Inc. use a multiple genes approach to provide medication recommendations which have shown significant improvement in the clinical outcomes of patients with depression and anxiety. The test recommendations tailored for individual are based on algorithms related to 104 SNPs from 54 genes programmed in a proprietary software. This includes genes in multiple metabolic and neurotransmitter pathways and mechanisms for each medication, thereby contributing to a greater predictive power for patient outcomes.